Bamboozled by the remnants of Hurricane Ophelia, and fumbling through google in search of ‘5 Top Tips To Survive An Apocolypse‘, we ran into one of London’s best new bands, Weird Milk. They kindly had 5 minutes to set the world to rights.

You recently released “All Night”, can you tell us how it came together?

“We were listening to Bob Marley’s ‘Soul Rebel’ album and wanted to write something with the same off-beat swing synonymous with Reggae music. While attempting to blend those rhythms with our own style. It was a little challenge we set ourselves In a way.”

Eiffel 65 are set to reform this Christmas and play mega-banger “Blue (Da Ba Dee)” before they turn on the Christmas lights in West London, do you have any similar plans for the rest of the year?

“Other than going to West London to bear witness to Eiffel 65 reform and perform mega-banger ‘’Blue (Da Ba Dee)’’ before they turn on the Christmas lights. No. And I don’t think anyone needs to plan any further than that.”

What hidden message do you hear if you play your debut 7” “This Close” backwards?

“You hear a crude drum & bass remix of Imogen Heap’s ‘Hide and Seek’.” 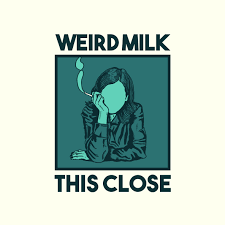 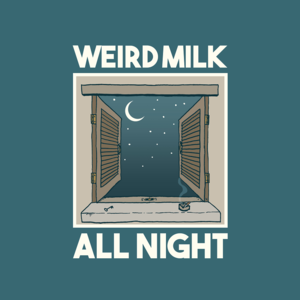 What new music is on your walkman at the moment?

“I’m listening to Magical Mystery Tour by those Beatles. London’s own Milk Disco. And Pocketful Of Rainbows by Elvis Presley. And ‘Hide and Seek’ by Imogen Heap.”

Which new band/ artist has impressed you as a live act on your travels this year?

“Ohh there’ve been a few live bands we’ve enjoyed this year. A Band called Big Tears we saw recently and very much enjoyed. Milk Disco are always a treat (last mention). Cold Fins are another very enjoyable live band. We saw The Lemon Twigs play too, which was really great.”

What’s the plan for your next release? What can we expect?

“Ooo, well we don’t have a date for you yet but I can tell you that you can expect a visual aid which will accompany the song.”

4 thoughts on “5 MINUTES WITH… WEIRD MILK”