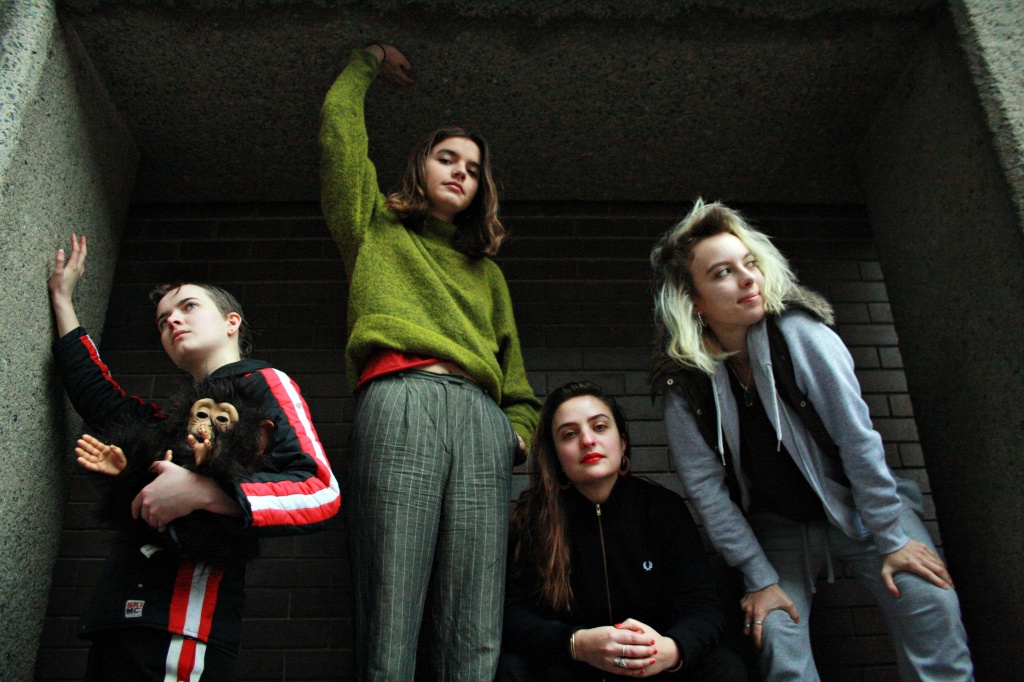 ‘Viper Fish’ is the new single from the band’s recently released debut record, it comes with a dark and otherworldly stop-motion animation.

Currently making their way across the USA on tour with the excellent Parquet Courts, hotly tipped Londoners Goat Girl had time to drop a stop motion animation for their single Viper Fish, and it’s as dark as hell.

The excellently crafted video by Edie Lawrence see’s the band dream up an end of the world scenario, the idea for which came to them in a “vivid dream“, mother nature in all it’s glory, devours human kind in all it’s evil.  The track itself is a standout moment on Goat Girl‘s debut record, the rolling drums setting the scene for a slow burning stop/ start build into a chorus of haunting harmony. The video backs the track perfectly with sort of artistic cohesion that makes you feel that they were made for one another.

Milk Disco – ‘Weekender’ – A groove-ridden exorcism from the everyday grind.

Mellah – ‘Paseo’ – A haunting shift in sound and excellent return from Peckham’s best.