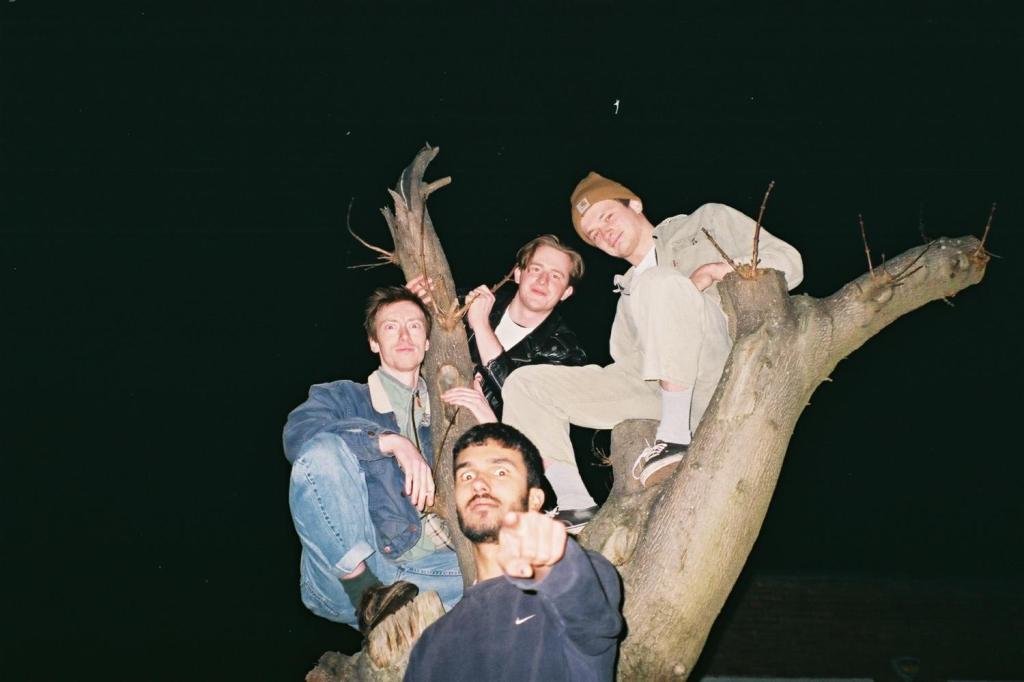 Daddy is the recent release by London slacker rock quartet Meal Deals, on the track in question the band reveal their love for playfully dreary British lyricism to a backdrop of baggy, fuzzed-up slacker rock brilliance.

There’s bags of charm to be found beneath the carefully cut guitar lines and the rocky, rhythmic bass of Meal Deals earlier work, check out 2017’s touching double A-side Bath Time / Garden Bandit as a early signal of intent from the London band formed in the south/ west of the capital.

With a fistful of self-depreciating anthems for those who are currently disillusioned with the shoddy state of modern guitar music in the mainstream, Meal Deals stand as the sort of band who could make a real connection to new music fans, equipt with an honest approach to lyricism and a strong sense of songcraft.

Daddy, although not a different sonic beast entirely to their debut release, packs a serious garage-rock punch whilst still holding on to the band’s restraint and creative storytelling ability. The lyrical content concerns itself with a Tinder date gone wrong, and strange, through a lens of anthemic garage rock sludge.

The band headline The Old Blue Last, London this Saturday alongside new guitar hopes Cagework in what is certain to be an unmissable evening of entertainment.

Denh Izen – ‘What It Means’ – A dark, crooning, roller coaster of sound.