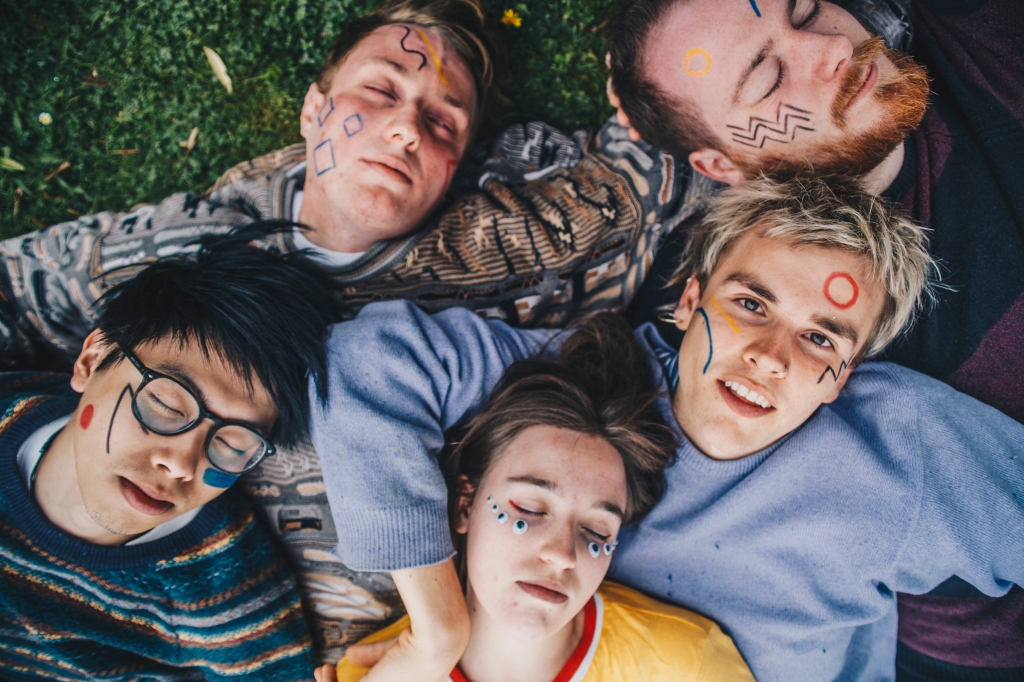 London’s flirting. release their debut EP today (Oct 5th), we got in contact with the five-piece and talked mental health, the state of music in 2018 and time travel.

The five track extended player named This Would Be Funny If It Were Happening to Anyone But Me, drifts from day to night, morphing uptight and anxious art-rock with after hours visions of dream-pop. It’s a gorgeous, honest and emotionally open body of work.

What statement are you looking to make with the release of your E.P ‘This Would Be Funny If It Were Happening to Anyone But Me’?

Andy: “I’m not entirely sure we’re aiming to make a statement per se but more express our own thoughts and feelings about processing what its like to become an adult human in London. However we tend to be more interested in the darker aspects of that such as anxiety and mental illness I suppose, yet we do write the classic forlorn banger for a broken heart e.g. peppermint.”

William: “…I guess if anything, there’s a general malaise and frustration manifest of anxieties that we face in every day life that seeps through our songwriting.”

Arthur: “You’ve got so much going on all the time it’s the easiest thing in the world to get sucked into an abyss but doing physical actions with people you love and examining why you’re feeling and talking about these emotions is so immeasurably helpful- you also have people who want to to listen and support you. You’re fine- just scream :)) .”

What are your thoughts on the state of music in 2018?

Poppy: “I think there’s a lot of fear about music disintegrating, and whilst I think its pretty fair to mourn the loss of community that we do seem to be suffering, I also think that the opening up of spaces the internet has given us is pretty good. It’s easier to DIY things, to meet ‘your people’, to learn things from YouTube tutorials, and find lost music that talks to you.

But also, man it sucks that venues all over are closing down, that we’re having to deal with the fall out of years of it being closed off (its not great if you’re gonna let straight cis white men run the show for so long), that artists aren’t being paid enough to survive (and we don’t have a state interested in helping). But I’m hopeful about music healing and getting better and going to a new place.”

William: “… as a community it’s absolutely terrible outside of DIY scenes. This is a community-turned-industry that finances itself through Pepsi.”

Andy: “The ‘state of music’ sort of seems to imply there’s anything cohesive about music today. The range and diversity necessarily rejects any sense of a state id say. Having said that I think that variety in and of itself is an amazing thing and does breed some hope for the future.”

Poppy: ‘Kilimanjaro’ by The Teardrop Explodes.

Arthur: “Potentially Arthur Russell’s ‘World of Echo’, it’s his most intimate work and I love how he slips in very specific aspects of his relationship with his partner though physical objects, plus that man sure can play that cello.”

Andy: “Yeah, I wouldn’t say those… ‘ideals’ are ever realisable. However, I think emotions tend to create this illusion of perfection so the records that are like ‘perfect’ for me are the ones that either came at or invoked certain powerful emotions: negative or positive. ‘High Violet’ by The National and more recently ‘A Different Age’ by Current Joys are two for me.” 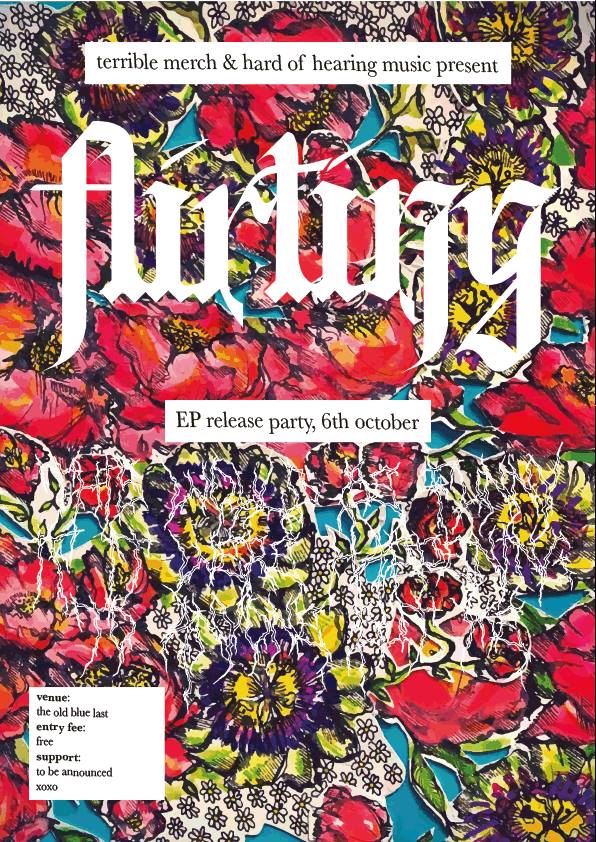 Outside of the world of music, where do the influences behind flirting. come from?

Kevin: “That feeling you get when walking through a massive public space that’s completely empty.”

Andy: “I think outside of the music world our influences are probably classically pretentious. I can probably only speak for me and Poppy but i suppose being recent MA and BA graduates in critical theory (Poppy notes that they actually studied cultural studies, thanks Andy) and intellectual history respectively, philosophy plays some part in the way we think about music and the world in general. Michel Foucault and Walter Benjamin specifically for me. It makes me sound like an arsehole but its painfully true.”

William: “Lilac low key ripped off that Simpsons episode where Homer enters the 3D world. But I didn’t mean to do that. Otherwise there’s more a focus on sonic structure than musical structure anyway – the entire EP is supposed to be shaped after a day-night cycle, not an EP.”

Which film, old, new or yet to exist, do you feel your EP would soundtrack best?

Poppy: “I’ve actually always wanted to soundtrack a video game… does that count as an answer to this? Something with lots of walking and silly side quests about petting cats.”

Andy: “Garden State but then the last 30 minutes of Requiem for a Dream is spliced onto the end.”

Kevin: “I can’t really pick out a film, but the Aeon Flux animated series works in my head.”

Arthur: “Some kind of black comedy written by Armando Iannuci if he was really into Madonna?

If you could spend 24 hours in the past, what would you do? Where would you go?

Poppy: “Honestly, every time I’ve been asked this question I’ve been stumped because frankly they’re all a bit not great unless you’re a white man, but I wouldn’t mind being at some student protests in 68′, or maybe I’d just head back to whenever and be a celt for a day.”

William: “I’d loved to have been in my early 20’s when Castles In The Sky was unironically played at raves, so then.”

Arthur: “I would love to go back and spend some time with my Gran when she was In her 20’s. She was one of my favourite people and so wise, so I’d love to go and see her acting and doing things that were not very wise.”

What does the future hold for flirting.?

Poppy: “I don’t know I’ll have to check my chart for a reading.”

William: “The future could be telling itself way soon! There are lots of cool seeds in place, and I think if even a tenth of them flower, we’re gonna be in a very pretty place.”

Deerful – ‘Tell Me I Can Fix This on My Own‘ – Glitchy, heartfelt synth-pop from London.