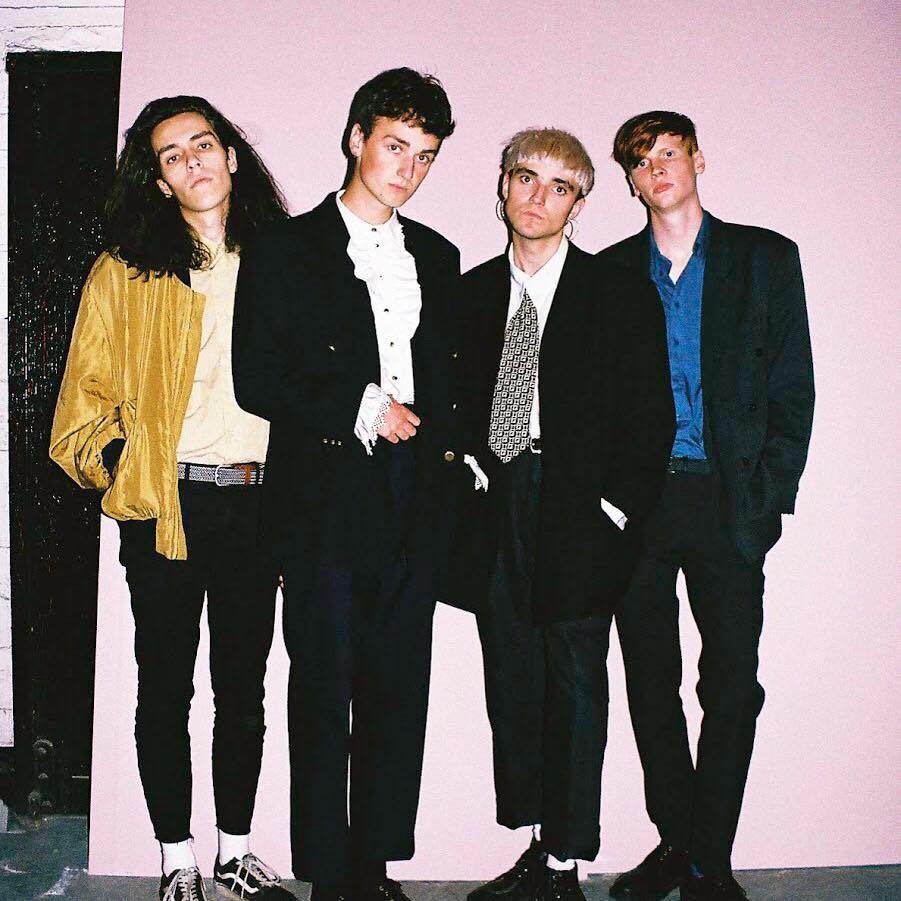 Whilst a first listen to Walt Disco‘s new single Danube may instantly throw out images of Bowie’s gorgeous and rattling vocal-strange, there’s more strings to the Glasgow four-piece’s bow.

Previous release No Need for a Curtain takes me back to 2008, the track channels the wonky dance-punk experimentalism of Late of the Pier, yet incorporates the guitar driven euphoria of Franz Ferdinand with it’s exceptional eye for a hook-laden chorus. Dream Girl #2 is dreamy and theatrical, the band don’t shy away from a more gentle, love-struck number as the track sees the Glaswegians waltz through 60’s pop peppering the track with moments of Scott Walker grandeur.

Recent single Danube, produced by Catholic Action frontman Chris McCrory, has an off-kilter art-rock groove, the track has one foot in bass-driven disco and the other in quirky left-field pop creating something subtly raucous and incredibly special. The vocals twist and lurch to their own rhythm, the guitar struts and stabs on a Talking Heads level, whilst the track’s eccentricity is aided by wobbling electronics.

Walt Disco journey south from Glasgow to The Macbeth Of Hoxton, London on November 28th, not one to be missed.

Record Of The Week – ‘Obey’ by Exploded View.