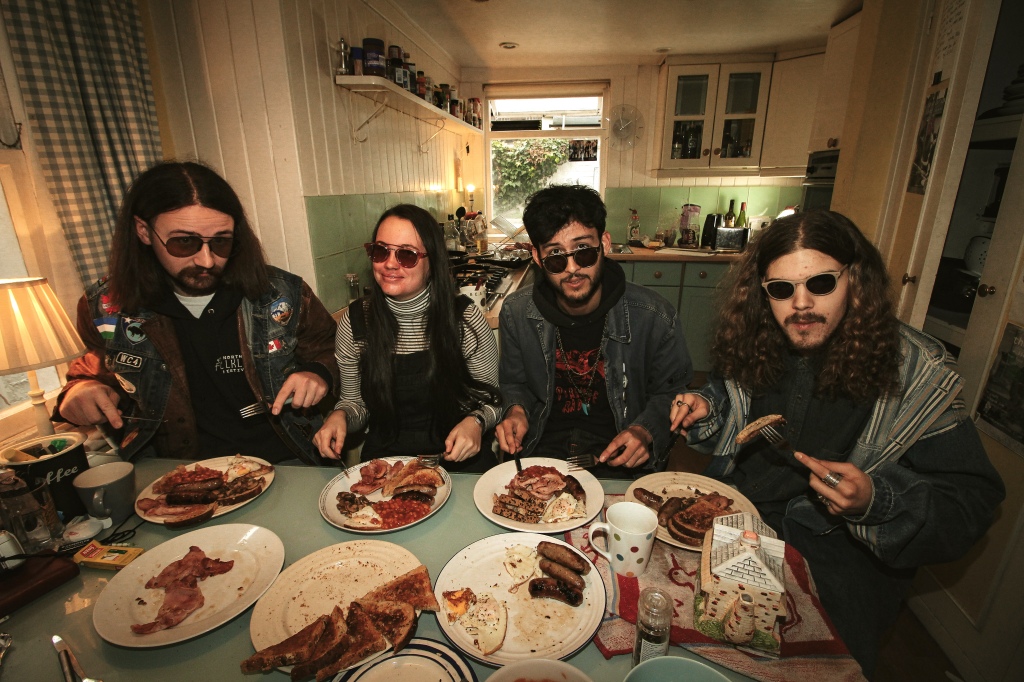 With a rotating crew of friends and family, south London’s Tugboat Captain unveil new single ‘Be Strong, Smoke Less’ ahead of UK tour.

South London DIY Pop ensemble Tugboat Captain are set to release their new single ‘Be Strong, Smoke Less’ (March 15th) ahead of their 20-date DIY tour of the UK.

The band will be playing their London homecoming show at The Victoria on April 13th as part of a series of ‘Hard Of Hearing presents’ shows. Event info and tickets can be found here. The band’s bold DIY-pop return is premiered above.

‘Be Strong, Smoke Less‘ was in the band’s words “… written loosely about a conversation between frontman Alexander Sokolow and his mother, the track addresses the difficulties of trying to be the best person you can be for somebody else whilst similarly wrestling with the fact that that task is always somewhat impossible.“

Tugboat Captain‘s new single and bold pop return channels the band’s ability to put across everyday human feelings through intimate light and shade pop music. Despite the track’s instant charm and energetic lo-fi roots, there is an underbelly of sorrow that haunts the sound. The male/ female vocal melody combination strikes an emotional chord, which few pop songwriters and vocalists could ever attempt to achieve.

Check out our chat with Tugboat Captain live on Boogaloo Radio below, where we discuss how the band booked a 20-date DIY tour, featured on a Netflix show in Japan and much much more.

Crows – ‘Chain of Being’ – A vast and cavernous return.