Brooklyn based band Crumb have released a succession of faultless singles and EP’s since 2016. They remain somewhat of an underground gem, with a lazy, bed bound, stoner sound. The track in question is Part III, which is the b-side to the excellent Nina.

Crumb‘s lyrical content is often about feeling overwhelmed, engulfed by every day life, and wanting to escape. But ironically, their music creates the kind of trippy haven that I feel they could be seeking.

The four-piece’s freshest release, Nina, came out on April 9th, and is cut from their upcoming debut album Jinx. The B-side, Part III, is just as charming as the A-side. It isn’t as groove orientated as Nina, it’s more mellow and contemplative.

At first glance, there are elements of this song that resemble Bossa Nova due to the chord sequence. The wistful 7th chords of the synthesised organ hangs softly. The song builds with a guitar effected to a psychedelic degree, to the point that it could be a synth. The track then goes back to a place of refreshing minimalism, accompanied by the playful but sturdy bass line. 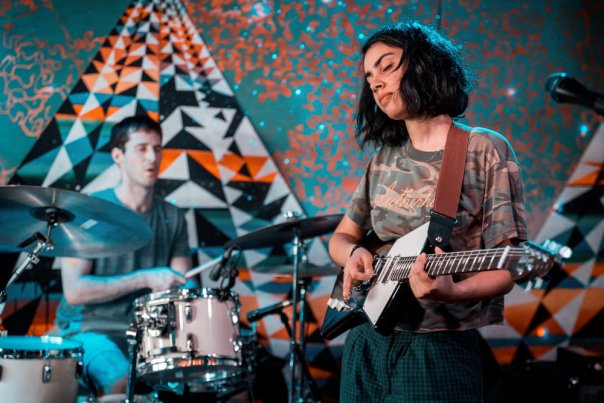 The vocals sung by Lila are effortless and cool, almost to the point of boredom. When asked about her earliest memories of music, she stated that Cesária Évora was played a lot by her parents. This seems to translate to her vocal approach, displaying her own unusual jazz-influenced melodies.

‘My eyes go cloudy almost every day/ wish I could speak but I have nothing to say’. She sings in such a way that’s not only believable, but completely relatable.

Part III seems to be about how you can feel a pointlessness in your own existence, and mask your motivation with procrastination.

Crumb will share their self-released debut album Jinx June 14th. I’m very excited and have no doubt that it will be brilliant.

‘Why I Love… Beach Fossils‘.