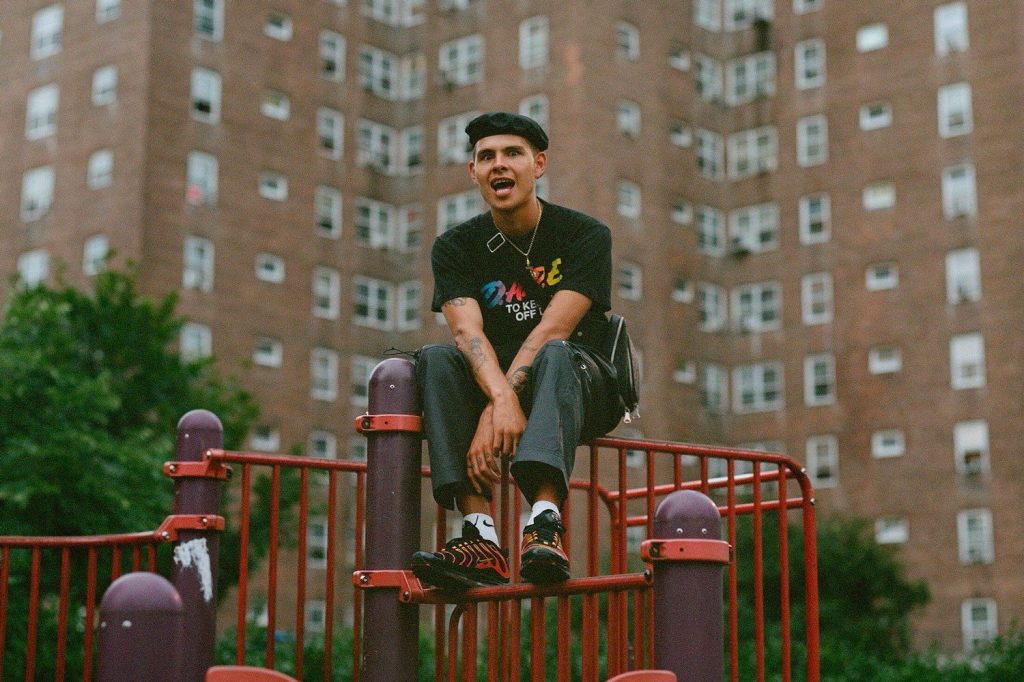 A UK tour with tickets sold at 99p each, slowthai solidifies the political message within his debut LP ‘Nothing Great About Britain’.

In this feature, Hard Of Hearing writers open up about the artists and records they love. This time, Ellie Rose Davies explores her love for Northampton artist slowthai, his track ‘Northampton’s Child’ and his debut album ‘Nothing Great About Britain’.

The rise of Northampton artist slowthai has been limited to the underground until very recently. Elements of hip-hop and grime are blended, layered with his particularly conscious and poetic style of rap.

Before slowthai’s debut album ‘Nothing Great About Britain’, he’d released just three singles, which had the attentive radio play it deserved. Slowthai set up a tour across the UK selling tickets at 99p each, before announcing a huge London date (I tried to get tickets for his upcoming £5 show at Brixton Academy) which sold out in minutes.

It’s humbling that he’s made his shows so accessible, solidifying the consistency of the political message within his music, which is largely about breaking down political and economic hierarchy. These choices make him a stand-out artist, he’s really following through with what he’s preaching.

‘Northampton’s Child’ is an incredible track from his debut record. Ghostly string sections pave the way for an unapologetically gritty beat to lead into the verse, which is accompanied by booming sub bass. His voice is unusual and it leaves a stain. It’s melodic, with a distinctive East Midlands twang. The song is about Ty’s upbringing, which seemingly was riddled with hardships, but held together with the love of his mother.

The story starts from his birth when his mum was 16, to his council flat upbringing, sometimes living with no electricity. His mum fell in love with a drug dealer who “.. took mum to dazzling heights, where she deserves to be”. He describes her as the “.. Only queen, raised me up and kept me clean”.

We’re later told about the death of his brother and the hospital trips, along with his step-dads temper, Ty raps with a dismal tone “.. your lucky I’m not as big as you”. It’s a saddening story with an over-cast filter, but throughout the song Ty tributes his mum and everything she has done for him. He’s grateful.

She told him that you can “.. do anything if you do it with passion”. I feel that’s exactly what slowthai is doing. He’s not letting his upbringing or his hardships stop him from achieving great heights. It’s an inspiring message, no matter where you’re coming from or where you’re going. He uses his experiences to illustrate class injustices, and to spread a message of non-judgement, love and respect.

‘Why I Love… Beach Fossils‘