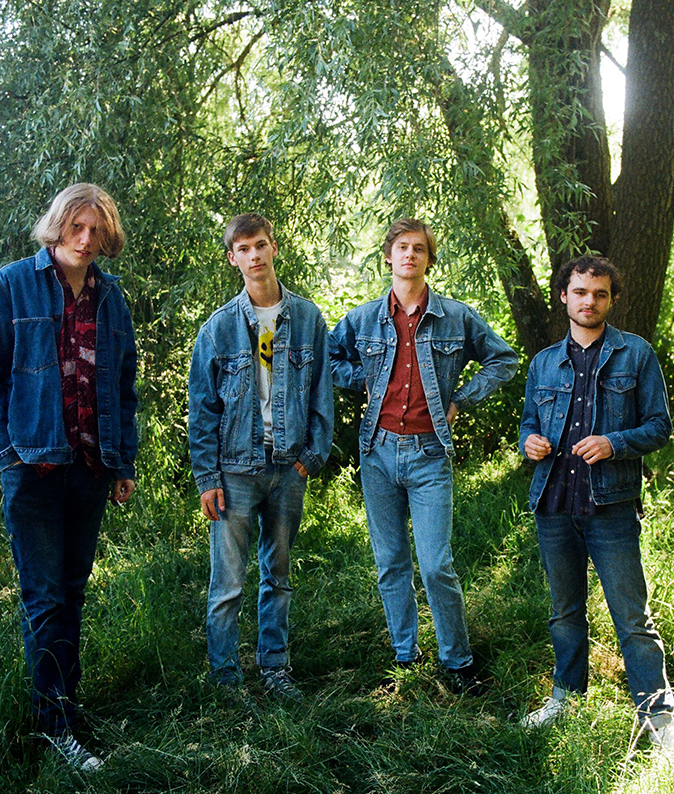 Rock’n’roll is dead, just ask Ray Davies. Then again, he hasn’t looked out of his window since 1970. Despite hugely influential musicians proclaiming that guitar music or rock’n’roll has died a slow and agonising death, we all know that it is alive, well and constantly evolving. The roller coaster rise of Cardiff’s Buzzard Buzzard Buzzard may sit as the perfect example.

With just two single releases under their belt, ‘Double Denim Hop’ and ‘Late Night City’, Buzzard Buzzard Buzzard channel the finest moments of T. Rex and more. Having watched the rise of East London band Yak (now on a major label) over the last two albums/ four years, this is a sound that is challenging the stereotypes of a 70’s rock.

Effortlessly anthemic in their approach to songwriting, and a raucous live prospect by reputation, the Welsh band’s music has connected with a new young generation of music fans. An appearance on Soccer AM, top-flight music magazine drool alongside festival slots at Green Man, Glastonbury and Latitude among others, only adds fuel to the band’s already heavily smoking glam rock fire.

Some would argue we don’t have the Bolan’s, Bowie’s or the Mercury’s informing the way that kids dress, carry themselves or what they stand for. Well the 1975 aint going to cut it, and Arctic Monkeys have had their time, step forward Buzzard Buzzard Buzzard. They’ve already started the revolution, time to get on-board.

‘Why I Love… Beach Fossils‘