‘Schlagenheim’ can be roughly translated to ‘hit home’ in German. The debut full length record by London band black midi could surely only be named something as strangely perfect as this. The band’s titanic sound and the album’s expert production hits home hard.

It’s an uneasy listen, not to be overthought at times and certainly not to be underestimated. Combining influences as contrasting as jazz or shoegaze alongside noise, math and progressive rock, the record’s intention is surely to be unclassifiable. Sonically, it is the warped vision of 2019 of four extremely talented young Londoners. Lyrically it’s somewhat of a jigsaw, vocals speak in a hypnotic code, robotic, fearless and understated.

The band’s visual influences and music videos draw from computer games and delve into a fantasy world which reflects the unique world they’ve created to aid their music. The stunning retro graphics (see Anthrox Studio) and slight fascination with religious imagery only adds to the mystique of black midi as a project. Such is the excitement behind the band’s seemingly unstoppable rise, many may have mistaken black midi as another product of industry hype. The four-piece fuse together a world of influences, shun typical song structure and craft themselves a niche which few artists can have claimed to achieve.

‘Schlagenheim’ is a journey, perhaps not one of understanding, but one which encapsulates the band’s love of industrial rock. There are delicate and more touching moments to be found within too, singer Geordie Greep gets his chance to exorcise his demons on ‘Western’, which comes on like an early Ought track, tightly-would yet ever changing. The four-piece create a matrix of sound which at times you feel that only a young David Byrne could decipher.

It’s a record that takes sharp turn after sharp turn, just when you find your groove the rug is pulled out from under you. ‘Schlagenheim’ is a brave debut record, brimming with intelligence, energy and brute strength. It’s the debut that everyone who believed the hype, hoped black midi would make.

IN DEEP WITH… Peel Dream Magazine. 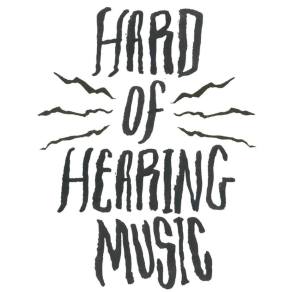