Duran Duran. Marky Mark. The Ting Tings. These great pioneers ventured through lands uncharted like the great explorers of yore, selflessly discovering the limit to how many times an artist can repeat one word in their name and get away with it. Or so we thought. Like Christopher Columbus before them, in 2018 four young men from Cardiff shouted “Nay!” in the face of all perceived knowledge and embarked on a perilous journey into the unknown, determined to prove that De La Soul’s theorem was correct this whole time. They returned victorious. They returned… as Buzzard Buzzard Buzzard.*

Fortune favours the brave, and just a year on from their debut release the band have played Glastonbury, appeared live on Soccer AM, and, most recently, been hand-picked by Michael Sheen to write the official Homeless World Cup 2019 song. With a headline show at SET Dalston just around the corner, we rubbed elbows with vocalist and songwriter Tom Rees to discuss all things Buzzard Buzzard Buzzard.

Your sound seems heavily influenced by 70s rock music, particularly glam rock. What is it that draws you to that period of music?

Tom Rees: Pretty much everything about it. I really dig it’s presentation, but more than anything I think the honesty of it all. Whether you’re looking at either side of the pond in the 70’s, rock was a true lifestyle in itself and everyone was living it and living for it, you had guys like Bon Scott who had dedicated their lives to rock.

Are there any artists in particular that you draw inspiration from?

I think the heaviest is probably John Lennon, but more recently I’ve been listening to a lot (and I mean a lot) of Wings which has been amazing. Beyond that I’d probably quote T. Rex and Supertramp, but there’s a huge cacophony of rock we could talk about, inspiration wise.

You started Buzzard Buzzard Buzzard on your own before recruiting the three other members of the band [Zac White, Ed Rees and Ethan Hurst.] What impact, if any, has there been to your sound or writing process since you expanded from a studio project to a fully-fledged band?

I think everything has become way more aggressive and energetic, which I love. The guys in the band are the best musicians I could ever ask for, and they all add a different flavour of energy to the writing process. If nothing else, it’s just great to bounce ideas off of one another and watch Zac play guitar. He’s genuinely my favourite guitarist.

How did you become involved in the Homeless World Cup? How did it feel to be chosen for it?

Being involved in the Homeless World Cup is such a great honour. Just to be playing is amazing, let alone to be involved in a greater way by creating the tournament song. The tournament coming to Cardiff bears quite a lot of significance I feel, as we have an increasing number of people struggling with homelessness here, much like the rest of the country, so it feels great to be a part of an effort to encourage positive discussion around helping people in need.

Did you feel any pressure in writing a song for an event with so much social significance?

In regards to the tune, I actually felt a little less pressure than usual. Michael Sheen was so great in creating a positive creative atmosphere that it felt almost effortless. I think more than anything I was really excited to be involved, so that helped carry the songwriting through.

You played live on Soccer AM earlier this year, what was that experience like?

It was amazing man! Everyone was so sweet and really wanted to look after us, it was a really warming experience. More than actually being on the TV it was really great just being there, surrounded by lovely people all working to create something great. It was a really positive atmosphere.

Were there any live performances you saw on TV growing up that particularly had an effect on you?

I used to watch and rewatch episodes of MARC on YouTube when I was a kid, it was Marc Bolan’s TV programme in the 70’s which was really cool. I think the turning point though, was when I watched The Eagles Live at The Capital Centre 1977. There’s a live version of ‘New Kid In Town‘ that actually took my breath away. There’s Supertramps Live in Paris too, which is just straight fire.

What’s the music scene in Cardiff like? Do you think the city has affected your music in any way?

Cardiff’s great because it’s nice and small, so there’s a real tight knit community of musicians playing for one another and helping each other out. I think that atmosphere in general has influenced how we perform as a band. I think it helps you throw out a lot of the classic rock tropes of maybe not smiling and trying to be cool on stage, we’d much rather be thankful and polite, I think that’s very Cardiff.

Are there any other bands from Cardiff that we should check out?

The big ones for me are always a band called CVC. They’re a great group of guys and some of the tightest musicians I’ve ever laid eyes on. Beyond that there’s a band called Clwb Fuzz that I’ve been working with who I think are great, and a lady named Eädyth, who creates real smooth R&B. Usually that kind of thing is out of my radar, but I had the pleasure of mixing her live at a venue I work at and really dug on it.

Tell us about your first Glastonbury, did your show go down well?

The show was wild, the tent was full which was a huge surprise and it always melts my heart to see people having a great time, everyone was super sweet it was really a great show.

Who was the best act that you saw there?

I’ll forever hold Pond as one of the best live bands ever, and I got to see them again at Glasto and they were by far the best band of the weekend for me. Lost for words on how to describe it really.

Do you have any more festivals lined up this year?

We’re playing Latitude, which I love. I never really get the chance to get down to that end of the country so it’s always nice to be there. And then we’ve got Neighbourhood Festival closer to the end of the year in Manchester too, plus many more!

Do you have anything else exciting in the works that you can tell us about?

We’ll be releasing our next single ‘Love Forever’ on July 26th through Big Indie Records.

*Yes, I am aware of WET WET WET and The Yeah Yeah Yeahs. Allow me some creative license PLEASE. 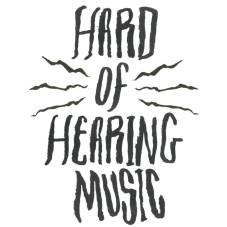