Here’s a quick recap of our favourite releases of 2019.

It’s extremely hard to look back and select your favourite tracks from a whole year of listening, there are too many special releases. Some artists do it better live, others excel on record, at the end of the day it’s the emotional attachment to a track that sticks with you. Here’s a quick breakdown of some of the songs that we had on repeat through the year, in no particular order.

Bdrmm started out unsurprisingly as a bedroom project in 2017, fast forward two years and the now 5-piece are an emotionally powerful live unit. The Hull band still hold close the feeling of intimacy from their bedroom roots whilst dipping into a more expansive sound reminiscent of early Beach House or DIIV. In our opinion ‘Shame’ is their crowing jewel, a love song soaked in honesty and reverb which pulls on all the right heartstrings.
NEXT GIG: The Victoria, Dalston, 11/01/20. 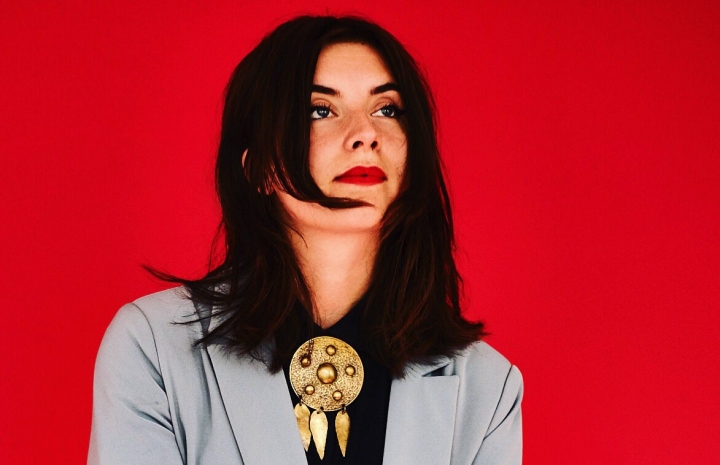 Cut from her EP ‘Valentines Road’ released on Breakfast Records, ‘Geraniums’ by Rebecka Reinhard is a stand out piece of pop songwriting. At the time living in London, the Stockholm-born artist brought our world to a standstill with the release. Simplicity is often key, the track excels with lo fi electronic textures, touches of electric guitar and lyrics that wrap around you like a sad but warm hug. Her sublime vocal delivery and way with words goes a long way to unravel complex feelings of love and foggy relationships.
NEXT GIG: Crofter’s Rights, Bristol, 06/03/20.

A mesmerising male/ female vocal combination underpins PVA‘s sound. The London trio’s industrial-leaning electronica is slick yet off-kilter, cool yet pop and they’re making their reputation live. Their debut single was released on London label Speedy Wunderground and beckons you to the dancefloor, converting non-believers within 4 minutes flat.
NEXT GIG: The Windmill, Brixton, 31/12/20. 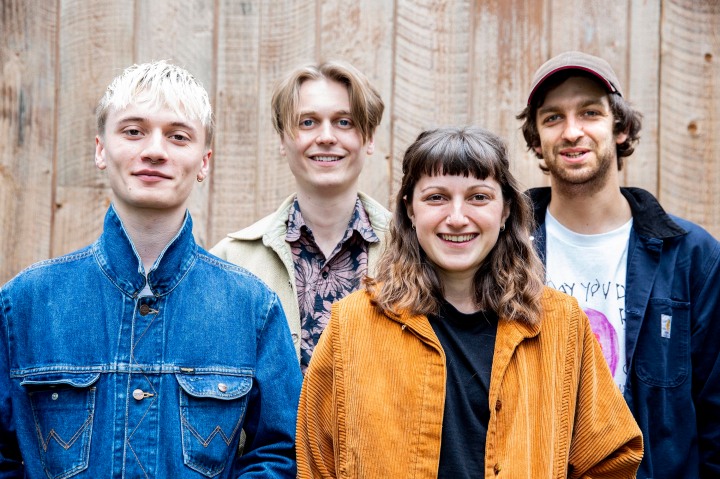 ‘Fast and Loud’ was a one of those unique releases which grabbed me on a first listen, the one of a kind vocal delivery, the carnival-esque groove and the pinch of madness within were strong selling points. In an often overcrowded and very male-heavy post-punk scene, Talk Show have offered something different and incredibly exciting live.
NEXT GIG: Oslo, Hackney,  04/03/20.

It’s been a great year for alternative music in Ireland, Dundalk’s Just Mustard are a beautiful example of this. The double A-side release of ‘Frank/ October’ was a stellar re-introduction to the band, whose debut album ‘Wednesday’ had dropped a year before. ‘Frank’ is a gloomy and soul-stirring track with vocalist Katie Ball at the centre of it, counterbalancing darkness with light.
NEXT GIG: The Lexington, London, 13/01/20.

In case you missed it, there’s a storm brewing in the GHUM camp. The London four-piece’s dark and angular post-punk grooves are backed by song’s challenging gender equality and sexual violence amongst other key issues facing women in today’s society. Their raw and honest subject matter has touched the hearts of many in 2019, the result, sell out shows and long deserved mainstream radio play.
NEXT GIG: The Lexington, London, 13/10/20.

WOOZE have been so prolific in 2019 that it’s been hard to keep up. The release of huge single after huge single, tours of South Korea and various high profile gigs in the capital and in Europe has seen the art-rock outfit go from strength to strength. ‘Cousin Paul From Paddington’ is perhaps their most accomplished track to date, their guitar-driven hooks, Beatles-esque co-vocals and overall showmanship is second to none live.
NEXT GIG: N/A

Entering the world of SCALPING is kind of like opening your mind to a new way of life. The Bristol quartet fuse high-tempo techno beats with pulsating and industrial-leaning synthesizers. The band are at their most threatening when all instruments are at full throttle, unrelenting bass grooves, guitars that mimic chainsaws and drumming that transcends genre tags and provides the most rigid backbone you can imagine.
NEXT GIG: Groningen, Netherlands, 15/01/20.

Glasgow outfit Walt Disco are one of the most promising alternative outfits in the UK right now, they bounce between the danceable art-rock of Talking Heads to the euphoric goth rock of The Cure, but come out the other side incredibly themselves. The track in question, ‘My Pop Sensibilities’, shows a band in creative transition. Torn between the fizzing pop synthesizers and the off-kilter guitar grooves is a euphoric chorus and lyrical sentiment, bellowed by the most strangely stunning vocal we heard all year. Love it or loathe it.
NEXT GIG: The Old Blue Last, London. 21/01/20.

Debut singles don’t often arrive quite as fully formed as ‘Zone’, the band were patient and released a statement of intent. Combining the euphoric builds of dance music gone by, Two Tribes dive into the darker corners of European electronica and force that sound through a love of industrial rock. Soaring vocals, driving bass lines and layers of new wave guitar underpin the quartet’s sound, however live Two Tribes attempt to unplug a technologically advanced generation through immersive and industrial-leaning electronic music.
NEXT GIG: Electrowerkz, London. 20/01/20.

5 thoughts on “New Music: A breakdown of our favourite releases of 2019.”