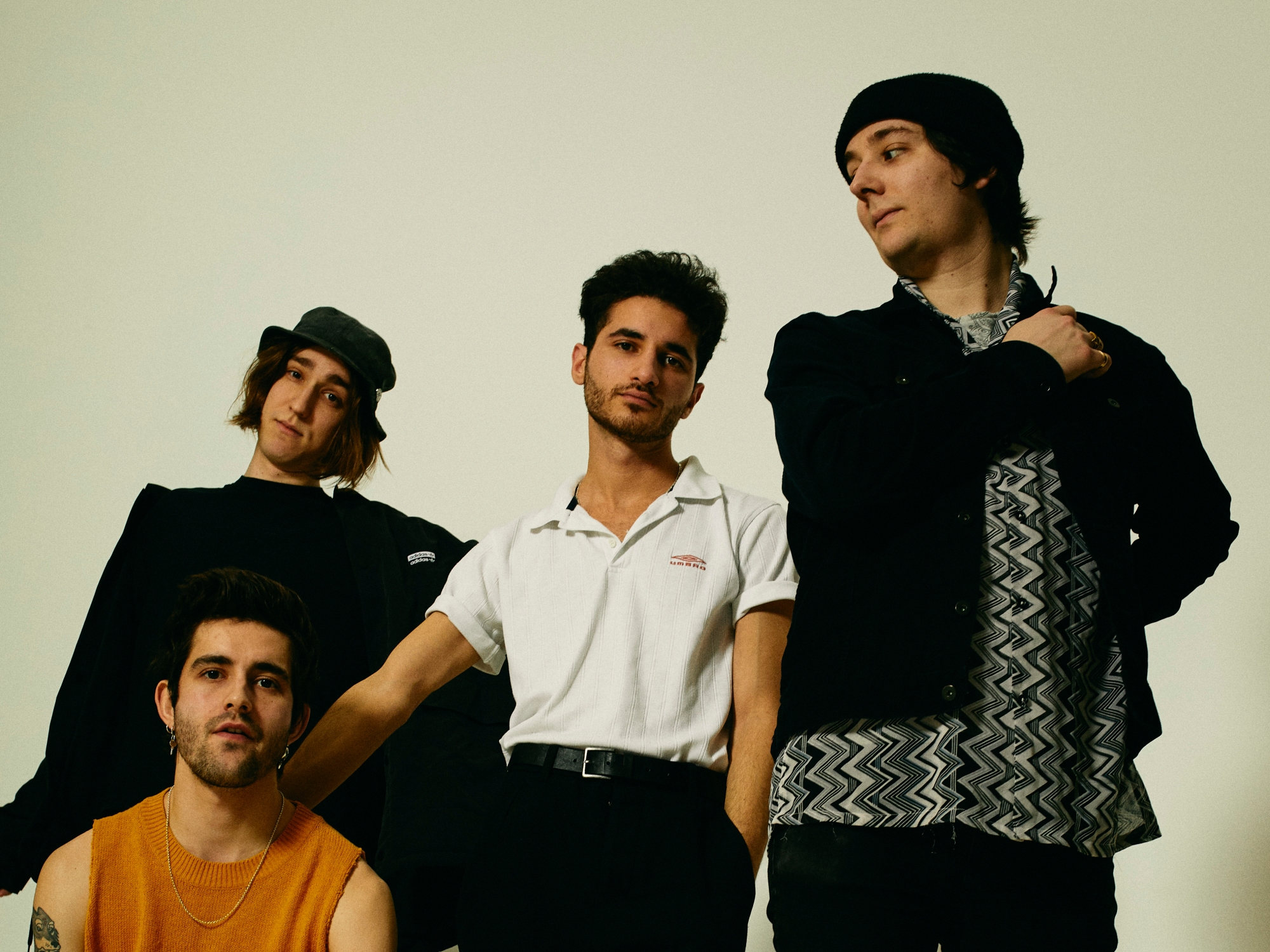 It’s been a while since we’ve had the pleasure of new music from East London band Human Pet. Singles ‘II To Infinity’ and ‘Linda Pinky’ were released in 2018 and showed a guitar band with seemingly limitless rage and energy. Human Pet straddled the darker side of mid-noughties indie rock with more modern sounding post-punk very well.

With the release of their new double A-side, the now four-piece band return darker, harder and more muscular than before. Whilst the guitars in ‘Itch/ Scratch’ are just as perfectly angular and piercing as before, now the band have meat on the bones of the those driving rhythms. Human Pet add method to their madness as ‘Itch/ Scratch’ moves more in sync with the raucous nature of their live shows.

Both tracks were released on bassist/ singer Ian Charles Carter’s new label The New Town Tudors, including the flip side ‘Automated’. An interesting piece of trivia on ‘Automated’ is that the opening riff for the song was written by Yuck’s Max Bloom who jammed with the band last year.

‘Automated’ is a beast of it’s own. Imagine the duelling guitars of Turn On The Bright Lights-era Interpol with a krautrock groove that locks you in and tells you to hold on for dear life (well, for just over 4 minutes). You couldn’t accuse Human Pet of having just one string to their bow.