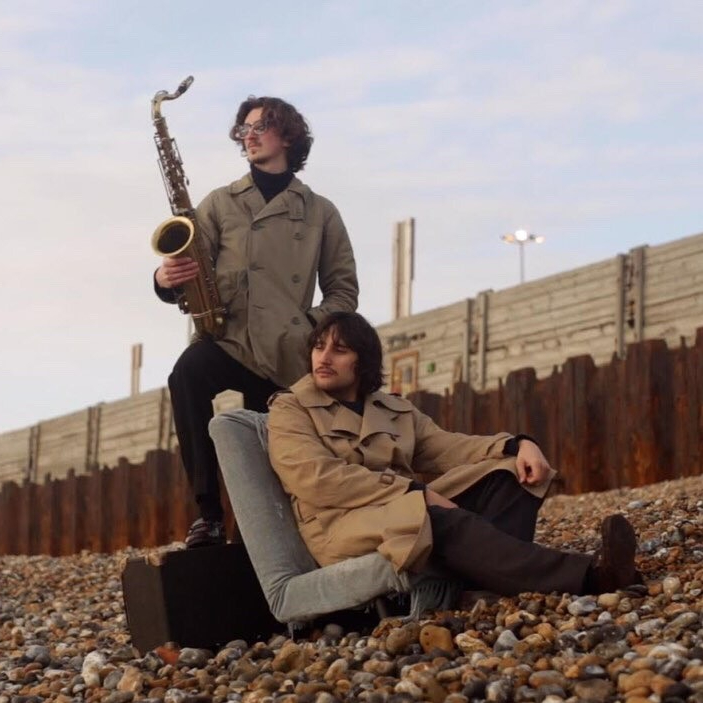 The percussion is reminiscent of raindrops as saxophone glides under Maisy Banks’ smooth vocals.

I think we’re all in agreement that black cats are the sleekest and slinkiest of cats, and in the image of their gait, Opus Kink offshoot Strange Neighbours have produced a slow-moving and sensuous song featuring vocals from Maisy Banks.

The Brighton band is composed of Jed Morgans and Sam Abbo, and they will be releasing their debut 5-track EP on April 15th through Hideous Mink Records. The concept behind this EP is playful and fresh: each song is written with and performed by a different vocalist. This kind of project seems as if it’d be expected to come from the world of big pop producers, but the two-piece have devoted careful attention into an EP that will showcase different aspects of their writing skills while maintaining a thematic thread.

It’s about time in this review that I admit my encyclopaedic knowledge of Devendra Banhart’s discography, which is not embarrassing but not exactly mind-blowingly cool either. This is a pertinent nugget of information because on listening to the swaying, lazy track, Black Cat Walking, I was reminded of Carmensita on Banhart’s album, Smokey Rolls Down Thunder Canyon. The plink-plonking live percussion is reminiscent of raindrops, and saxophone glides under Maisy Banks’ smooth vocals effortlessly. Maisy Banks will also be releasing an EP with Hideous Mink Records this coming summer too.

The plucking of guitar, similarly, makes for a very light texture that is complemented by echoes of male backing vocals and distant electric guitars. This song wouldn’t go out of place on a playlist featuring Buena Vista Social Club or Jorge Ben Jor, despite featuring vocals comprised of English and French. ‘Black Cat Walking’ is the second of Strange Neighbours’ singles before the release of their EP in April, and it points in a direction that is both suave and sexy.

New ways of having fun. A conversation with Strange Neighbours.

Hadda Be unveil ‘This Won’t End Well’ ahead of their debut album.

Melbourne’s CLAMM shine a light on injustice and authority on ‘Beseech Me’.