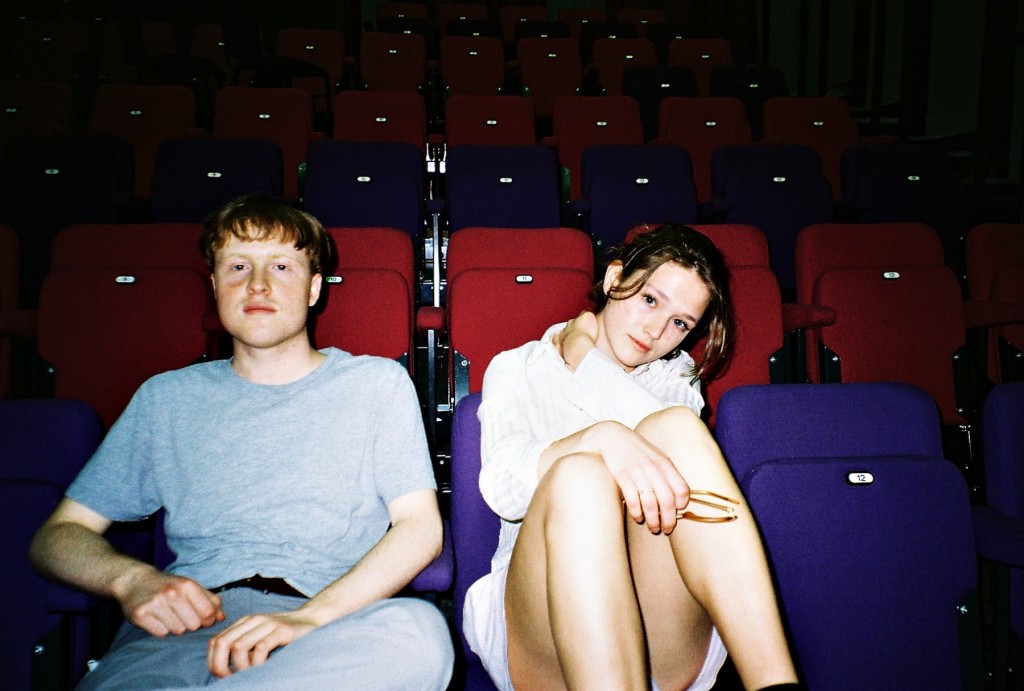 From the opening splashes of Wet and it’s sprawling orchestral intro, you could gather the impression that you’re in for a strangely beautiful ride. Perhaps through the eyes of someone dancing through a pre-harvest corn field on a blissful summer afternoon in 1950 something.

The delicate and carefree vocal of Georgia Ellery coasts through the glitchy lounge-pop splendour of I Want Another Affair, dreaming in colour and coating romance in sugar, the track revels in the spirit of easy listening music popularised in the 1950’s.

Charlotte is built on sonic restraint and lo-fi in it’s approach, it’s an intimate and soulful warped left-field pop number, with flashes of deconstructed R&B in it’s makeup. Elements of the duo’s electronic experimentalism creep into the tracks underbelly and wobble and distort to great effect. One of Jockstrap’s impressive strengths is not allowing the listener to predict where the song will naturally lead.

With Joy, we’re thrown back into the dreamier spectrum of the mini-album, which is rife with ethereal orchestration and Ellery’s swaying vocal taking centre stage. In an unexpected change of atmosphere and turn of pace, the second half of the track cuts abruptly to a futuristic, subterranean electronic beat. The London duo not resting until the rug is pulled out from under the listener one more time.

Hayley displays Jockstrap‘s love of synth-led pop, blurring the lines between traditional boundaries and adding their own futuristic swing on proceedings, the track stands out as the real pop promise on the release. Atmospheric strings add a dramatic edge to the track’s backstory, which is inspired by Louis Theroux’s documentary about sex workers in the USA. Ellery adds her own twist on the story, as sonically the track bends between wonky synth-pop and an anxious cinematic close.

More of a mini-album than an EP, the release embodies the duo’s separate influences yet feels incredibly together and innovative on the whole. Classical music has never felt more at home in an electronic environment, and vice versa, or more crucial to boundary-pushing new music.

On December 6th, Jockstrap will play an intimate show at St Pancreas Old Church in London entitled ‘An Evening with Strings’, support comes from Svetlana.

6 thoughts on “Jockstrap – ‘Love Is the Key to the City’ – fusing classical inspirations with fizzing electronica.”